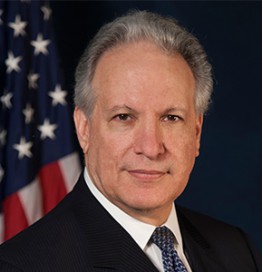 Dr. Mark Rosekind was sworn in as the 15th Administrator of the National Highway Traffic Safety Administration in December 2014. Administrator Rosekind is pursuing NHTSA’s core safety mission of saving lives, preventing injuries, and reducing crashes through all of the tools available to the agency including public awareness campaigns, technical innovation, research into human behavior, and enforcement authority.

Serving as NHTSA’s Administrator is his second Presidential and Senate-confirmed position. Prior to NHTSA, Dr. Rosekind served as the 40th Member of the National Transportation Safety Board, from 2010 to 2014. He participated in almost 50 accident Board Meetings, was the on-scene Board Member for seven major transportation accidents, and advocated NTSB’s goals on substance-impaired driving, fatigue, fire safety, and rail mass transit.

Dr. Rosekind is an internationally recognized expert on human fatigue and its effects on transportation safety. Previously as a NASA scientist, he directed the Fatigue Countermeasures Program and was Chief of the Aviation Operations Branch in the Flight Management and Human Factors Division at the NASA Ames Research Center.