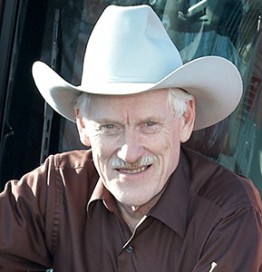 Paul D. Gunderson is currently director of the Dakota Precision Agriculture Center located at Lake Region State College, Devils Lake, N.D. He is the former director of the National Farm Medicine Center (1992-1996) and former director of the Marshfield Clinic’s Medical Research and Education Foundation (!993-2000) both in Marshfield, Wisconsin. In each of these capacities, he has conducted numerous research initiatives exploring the health effects of agricultural exposures, convened scientific meetings and seminars including chair of the first Board on Agriculture and Natural Resources (BANR) review of the National Institute for Occupational Safety and Health’s Agriculture, Foreslly, and Fishing Research Program in 2006-2007, and more recently chair of the International Labour Organization’s Expert Panel on Safety and Health in Agriculture, under the sponsorship of the United Nations, that drafted the international code: Safety and Health in Agriculture- A Code of Practice. He has chaired scientific review mechanisms for the National Cancer Institute and the Centers for Disease Control and Prevention that rated applications for federal funding, and testified before Congress about the need for a national agenda on agricultural occupational health and safety. His career exploring the health impact of human activity in agricultural work settings began in 1976 with research on the respiratory effect of working in upper Midwest poultry barns and continued through his initial retirement in 2000. Upon discovering retirement did not suit his lifestyle, he return to academe, after having served in the 1980’s and 1990’s as an adjunct professor in public health administration at the University of Minnesota’s School of Public Health, and in the Health Services Management and Administration Program of St. Mary’s University, Winona, Minnesota. He is currently exploring the reach and impact of precision agricultural technologies upon U.S. and Canadian agriculture. He has published over 100 papers in scientific journals. Dr. Gunderson received his PhD in education and computer system technology from the University of Minnesota, his MAin industrial technology from Ball State University, and his BS in both English and industrial technology from Moorhead State College, Minnesota.

BREAKOUT SESSION – Track 1: Changing The Way We Live and Work